The Musée des Refusés (or, the Museum of the Refused) was the first brief for the first students on the MA in Design: Expanded Practice at Goldsmiths. Based on the Salon des Refusés, it asked student teams to create work for a space in which what is rejected by museums, cultural institutions and/or by society as a whole may claim attention.

A few examples of student projects:

The Society for Participatory Conservation

The Society for Participatory Conservation imagines a museum that breaks free of the archetypical brick and mortar institution. The society is unfolded through a gift shop with the leitmotif of conservation through gifting. This gift shop invites the user to engage in museological practices, in particular the activity of conservation.

Two separate tool kits allow the user to participate in The Society for Participatory Conservation. The kits refuse the museum as an institution tied to singular geographical location and moves the museum out into the world in the hands and homes of the members of the society. Gifting lies at the heart of The Society for Participatory Conservation. Each kit is only in the hands of a single member until they have used it to create their contribution to conservation. After that the kit is gifted onto an aspiring member of the society. This way the kits journey from person to person through the act of gifting leaving behind a trace of artifacts that become the museum out in the world. 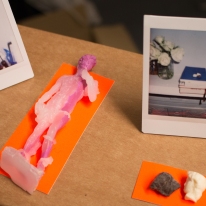 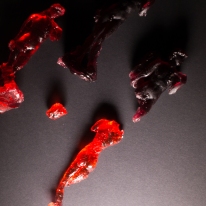 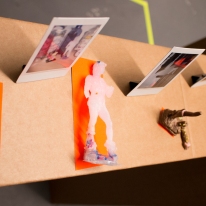 Would you wanna touch?

This project tries to encourage the public to engage with the museum, rather than just stand at a distance from the collections and have a look. In this design, everyone is welcome to touch and more importantly, to leave marks behind, just like fingerprints. The proof of their touch is there to bridge the gap between the public and the museum.

The Venus of Milo is a connection with regular museums, due to its status as a famous masterpiece that can only be seen in a museum, and it is displayed on several platforms of different heights to suit visitors of all ages. 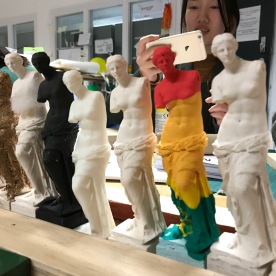 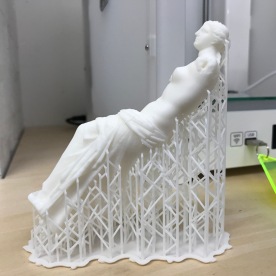 Are you a reader in a museum?

This museum replaces the original object with a descriptive form for a conceptual art collection. The description  extracts the main meaning by using text as another material for the objects. In this sense, audiences will experience the objects only through reading, while the act of looking is turned into a way of describing the images, which people can try to match with the texts. 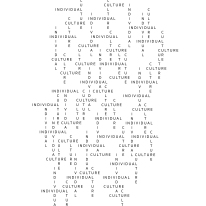 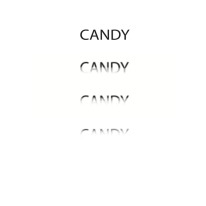 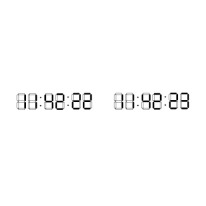 This project aims to highlight that some of our digital tools, such as search engines, play a significant role in the way a culture is being shaped with tags and stereotypes. It questions how the still-present colonial mindset in some museums displays a reductive vision of a culture. Search engines channel information by exclusion and inclusion. Their algorithms determine what part of the web we get to see, limiting our thinking and access; but in a way these systems are working with the content we are giving them, which means they reflect our own social biases.

By presenting different readings of search engine results, the projects aims to make it obvious how reductive and absurd they are. A classification method is set up to analyse the search results given on the same country in English and in the language of the country, to declassify and shred the “representing” images of the country. How is a culture perceived from the outside and from the inside? What are the politics behind the digital? Do we have an imperialist web? 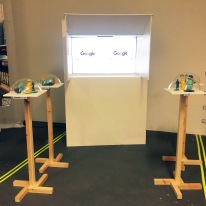 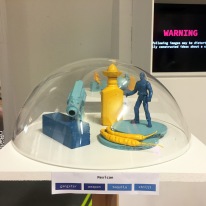 For your safety + security

This project attempts to playfully subvert the structure of surveillance both within and beyond the state-funded museum. Sensitive to the broader context of mass surveillance societies, the project refuses an impulse to accept surveillance as necessary to the museum space (and beyond).

In protest against biometrics as a form of currency that affords (or excludes) access, seventeen wearable anti-biometric masks were produced. Biometric facial recognition functions by mapping landmarks (“nodal points”) onto the face; the masks confuse facial scanners by displacing these landmarks. In the museum, wearing the mask plays into an observed-observer dialectic: ‘my adornment signifies my awareness of being observed while observing‛. Worn in a wider context, these masks harness the potential for identifying allies, becoming tools for collective protest, and imagining alternative realities.

The Institute of Rythmic Studies

The Institute of Rhythmic Studies was set up with the purpose of exploring the richness and complexities of ‘rhythms‛ between human activities and artefacts. Just like the notion of rhythm, the institute is continually evolving, changing locations and interacting with its visitors to generate conversations and create new possibilities.

The institute identified and studied ‘given rhythms‛ in museums, and used their findings as a basis for alternative interactions in the space between artefacts. The inspiration arose from vertical movements of an elevator and the somewhat dictated yet playful transiency of it delivering you to your chosen destination. This drew attention to the regular and progressive rhythmic displays within traditional museums such as the Victoria and Albert Museum, which are designed around their brand purpose. 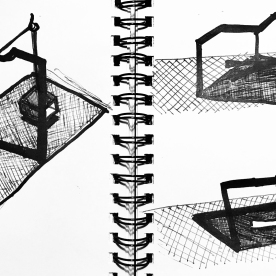 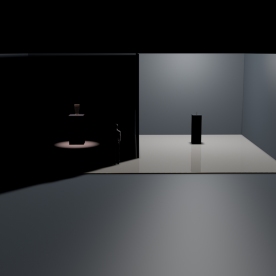 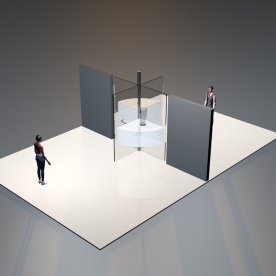 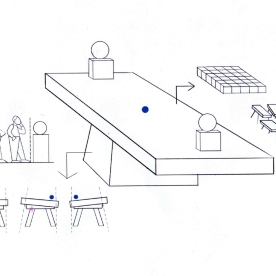 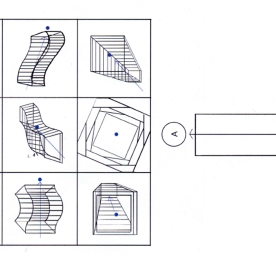 “Unveiling the Cause” is designed to improve conservation in museums by showcasing one of the main causes for pests in different museums. Since humans are the largest pests, bringing in dirt, mud, food, etc., the idea is to make use of them to now reduce the amount of these pest-causing substances.

The project team designed a museum by the visitors, for the visitors. It consists of a wall full of sample collections displayed for the visitors to see the elements from a zoomed-in and zoomed-out perspective. It will also be giving out information on where and when the sample was taken, what was collected, how much a particular substance causes a pest, and what is the level of danger to the exhibits. This museum is designed to make visitors aware of their involvement and their impact on museums due to their unconscious activities, and ultimately help conservation. 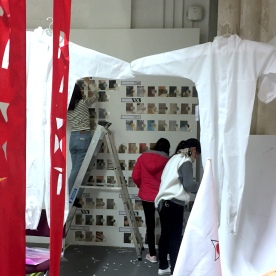 In the space and atmosphere of museums, there exists a learned social etiquette. These rules and expectations form invisible barriers and limit one can or should do in a museum. These rules that define one’s ‘proper’ behaviour in a museum are usually there to protect the artwork and to be curteous to other visitors. Sometimes these behaviours are reinforced by gallery attendants, but more often, they are subliminal messages imposed by the museum space itself, or by previous experiences in these types of spaces.

Our critique, rather than being a condemnation of existing museum ‘etiquette‛, instead is meant to expose and offer an alternate model of interaction by setting up provocations designed to expose, subvert, and play with limitations in museums. Our model attempts to present barriers as invitations. 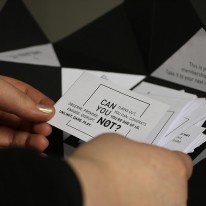