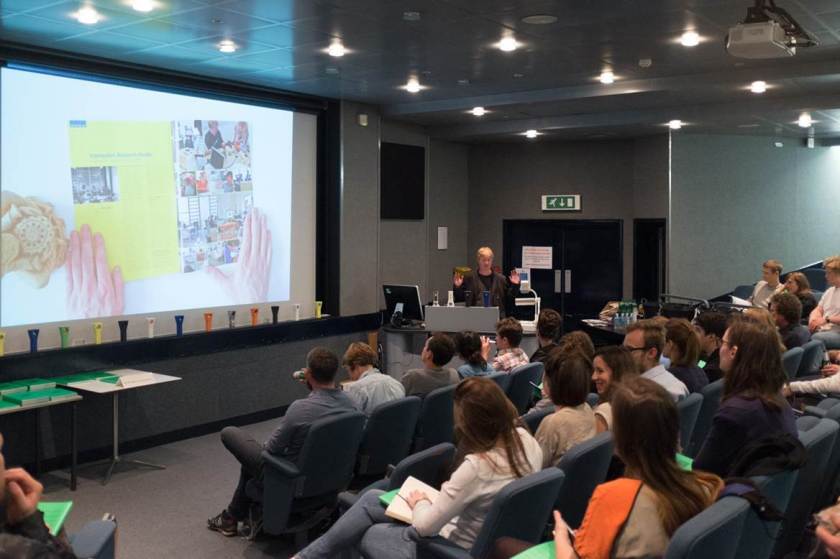 Last Thursday, the Interaction Research Studio launched a book and a film featuring their newest project, Datacatcher. The Datacatcher “is a mobile device with a screen on one end and a large control dial set in a recess underneath. Short sentences appear on the screen every few seconds, providing facts about the surrounding area. Topics include average house prices, typical income, the number of pubs or of GP surgeries. Turning the dial one way scrolls through all the messages that have appeared on the device; turning it the other way accesses a set of poll questions that can be answered using the dial to select among alternatives.”

The Interaction Research Studio manufactured 130 prototypes of the device and distributed them to people in Greater London for up to two months. Two documentary filmmakers were hired to document the results of this experiment. If you were not present at the event last week, you can still find out how it went on the Datacatcher Vimeo channel.