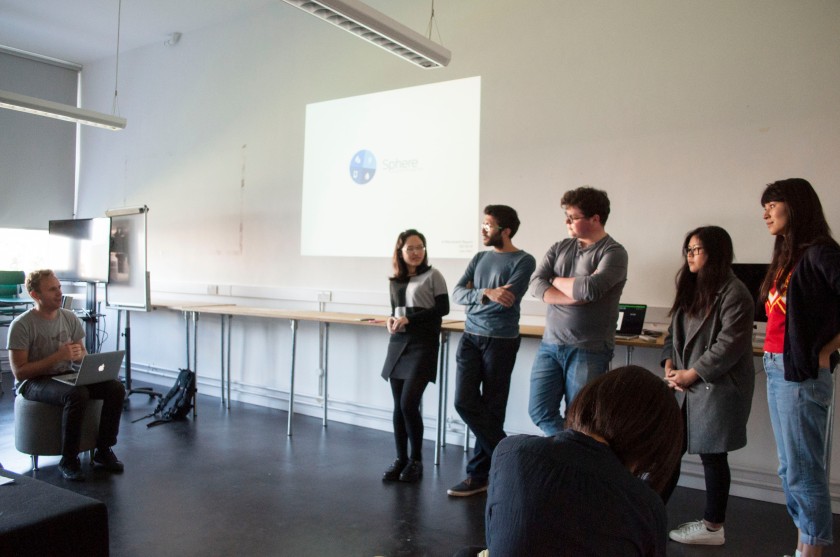 On Friday, students from the MA in Interaction Design course held presentations describing their experiences on work placements they undertook for the ‘Researching and Designing in the Field’ module.

The organisations where students worked were varied, ranging from charities to universities, to private sector companies and small start-ups, or even as near as near as Goldsmiths’ own Interaction Research Studio. The roles that students filled during their internships were varied as well, and included research, prototyping robots, developing apps, graphic design, service design, and administrative duties.

The questions and issues that arose from these experiences proved to be complex: tackling the limitations and frustrations of the working environment you are entering, conflicts between designing with business in mind and designing for the user, defining what it means to work for making the world a better place were just some of the points that came up in the feedback received by the students from co-programme leader Tobie Kerridge.

Unlike other postgraduate students at Goldsmiths Design, whose graduation show took place during the Goldsmiths Design Festival last month, Interaction Design students will finish their course at the end of the year, so be prepared to hear more about them soon. They are also keeping a blog which you should follow if you want to be up to date with news on their work.