The MA Interaction Design graduates had their final exhibition last week, and the ideas on display were very innovative and thoughtful; you can see images from the show on our Facebook page here.

We’ve also managed to interview some of the graduating students on their work, and we will post these interviews in separate articles. Today, we’re talking to Simon Rycroft, whose project at the show was called “Personal Observation Satellite”. Simon developed a miniaturised satellite tailored to the purposes of a sole user, Juliette, a GP from Croydon:

How did you find Juliette, the subject of your project?

I did some public engagements with the Croydon Astronomical Society, which meets every couple of weeks in South London. She was here with her son Joshua; I was asking people at the astronomical society what they would do if they could launch their own personal satellite, and Juliette’s answer was fascinating to me. She wanted to have a spy satellite that would allow her to bypass institutionalised media sources and directly see what’s going on in the world. So I built her a satellite. It’s called Personal Observation Satellite- POS 1.

So how does it actually work?

There is a box called the Home Station that reads out current news stories and then it gives an idea of how long it would take for Juliette’s satellite to return those stories to her in the form of photographs of the area where the stories were happening. If she chooses to activate a mission for a particular story, the location coordinates are sent to the satellite; once the satellite is over that area, it takes a series of photographs and returns them directly to Juliette via a transponder located on her roof. And then the Home station prints out the resulting photos.

How did you know how to build the satellite?

I had some help from some of the older members of the astronomical society, who knew a lot about satellites. I also did a lot of research online and looked at the official specifications for Cube Sats. juliet’s satellite is a CubeSat, a ten on ten centimeters cube which runs with a GoPro camera, and there’s a lot of off-the-shelf circuitry.

Is the satellite actually going to be sent into space?

We have a launch date for early 2016, with Rocket Labs Electron, a New Zealand based launch engine, pending funding.

How did you get that arranged?

I emailed a lot of space agencies and told them specifically about Juliette’s satellite, and what Juliette wanted to achieve from it; they were the only ones to get back to me!

What did Juliette think of the result of this project?

She loved it, it’s been a hot topic of conversation at her GP practice. There wasn’t as much detail as she had expected, there’s definitely room for improvement, but her response was generally quite positive and she’s very excited about the prospect of having her very own satellite. I think that what is interesting about the project is that this is a individual user who is not related to space development at all, or to the media. She is just a mum and GP from Croydon, and there’s a real possibility that someone like that can be the sole operator of their own personal satellite or spacecraft. And this is due to the changing political nature of space, as well as technology. Traditionally, space travel was something that was done by big governmental organisations, the space races, for the betterment of nations etc. Obviously this has all changed with innovations such as CubeSat, which allows you to attach satellites fairly cheaply to larger payloads, it’s really brought the price down and made space more accessible to users that perhaps would have not normally thought about engaging with space. 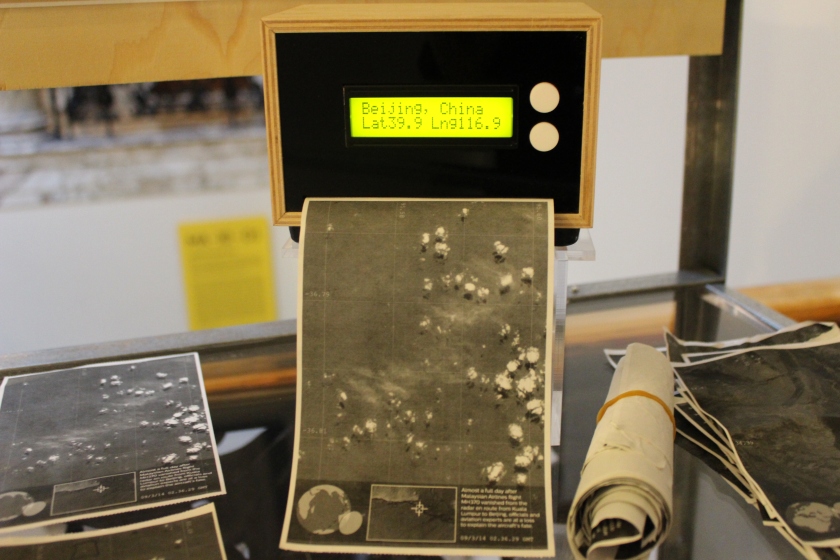