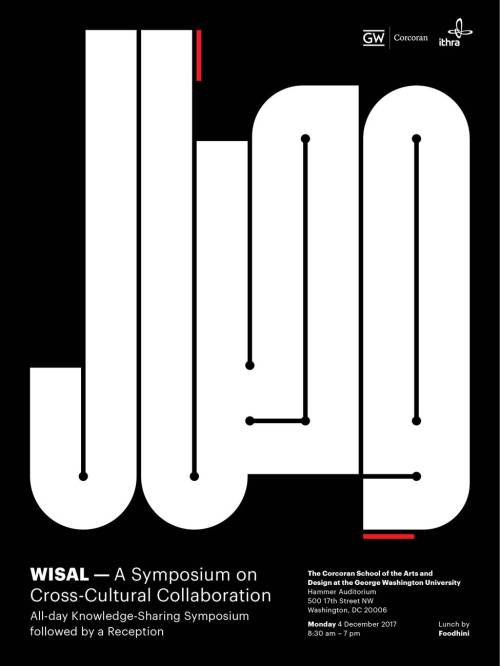 On 4 December, MA Interaction Design student Michael Mogensen will be part of a panel at the Corcoran School of Art & Design at the George Washington University in Washington DC called “Wisal, a Symposium on Cross-Cultural Collaboration”. Michael explains:

“I will present the collaboration between myself and Saudi artist Ahaad Alamoudi called “NIUN: Saudi Futures.” The project is supported by arts organisation Culturunners and funded by the King Abdulaziz Center for World Culture. The project consists of a film, an installation, and a series of events around our idea of one Saudi future; it responds in part to recent events in Saudi Arabia, as well as the distant past. The project is also my final project as part of the MA Interaction Design degree at Goldsmiths.”