Today we hear about another one of the projects from the MA Interaction Design show of last week. “Graphene Can…” was developed by Samantha Miller and Jon Flint. We managed to catch Jon at the show and talk to him:

This project looks at future implications of Graphene. We started by talking to scientists and visiting laboratories where they are currently using the material. Then we decided to talk to different members of society that have some relation to materials, whether they’re intangible materials or materials they work with. We’ve interviewed about 12 different people, from tattoo artists to Meccano enthusiasts, and we’ve asked them what they would use this material for, given its properties.

So our display contains a salesman’s suitcase, a speculative method that we went around with, to engage with our interviewees, and then there are things that people said they would do with this material and stories that arised from the interview situations.

It’s a bit of both. A graphene condom is already being developed by Bill Gates, he has put a lot of funding into it. But if you’re making a super-strong graphene condom, we will still have the same problems related to social issues around it. We spoke to a reverend about it and she told us about a sex education class in Africa, where they did the condom on the banana demonstration, and later a patient came back and told then she had caught AIDS, even though she had done like they said: put the condom on the banana. It was a misunderstanding caused by cultural differences. The graphene condom might not work as well, or it might. But these are the sort of questions that came up when we talked to people. 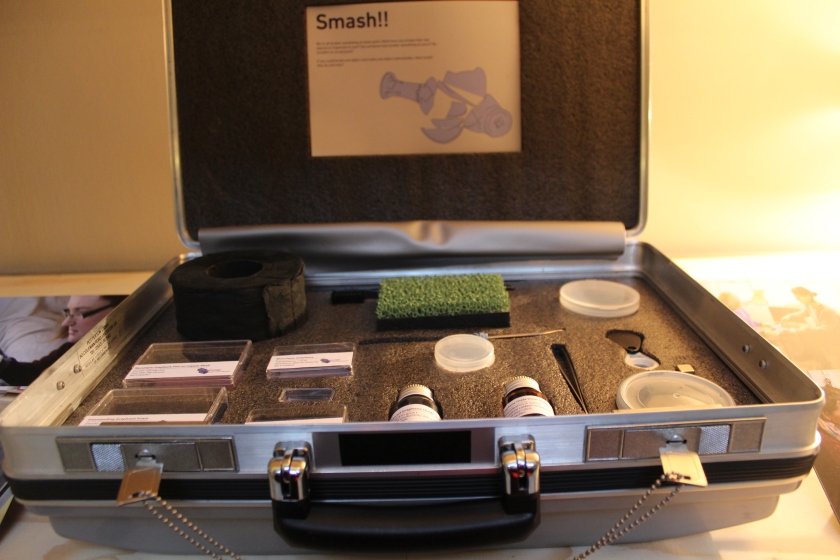 How about the toilet paper? It’s that something that people want, toilet paper that would be more resistant?

When we talked to scientists, they told us that one of the advantages of using graphene for toilet paper would be that it dissolved in water, so it wouldn’t clog the toilet system that much, which would would be beneficial. But we don’t know if people would want it, because it would be black! And with any new materials, there also come health risks.

It’s the same with nano toys- this is what another of our exhibits here it is talking about to some degree. They are such a small scale that the material could essentially pass through your skin cells. If you have educational toys with this material, should you have health warnings?

I’ve heard a lot about this material, it’s like a Holy Grail of science at the moment. What is it being used for now?

Yes, it’s like a wonder material. It’s being used in flexible smartphones, tennis rackets that are meant to be stronger and lighter, it can be used as a filter for harmful substances, in batteries, it has all kinds of different applications. 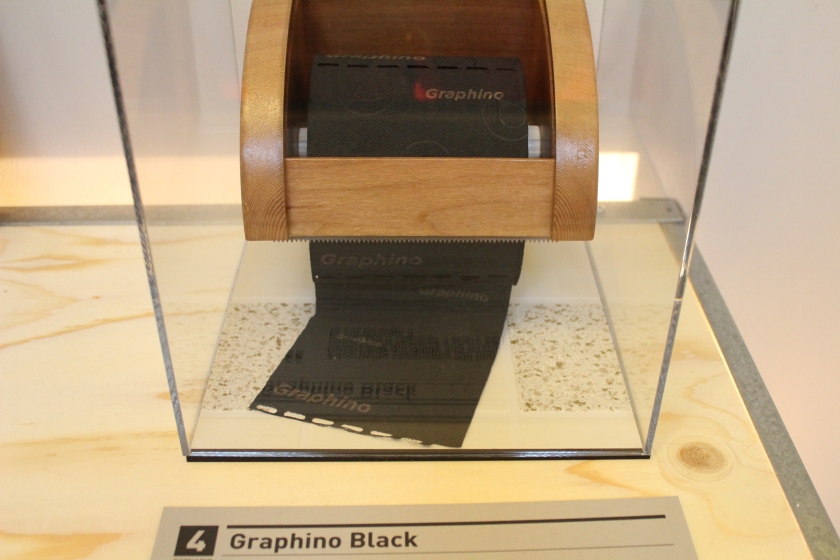 What are you planning to do now that you’ve graduated?

I did a placement this summer at a design studio, I’m going to go back there in February to finish a project with them.