Death is understandably a topic that most of us would rather not think about or discuss, but it is also an inescapable part of human experience. Different cultures use varied approaches to help us cope with grief and our fear of death; the graduation project of MA Interaction Design student Shih-Yuan Huang combines resources from several religions and beliefs in a new approach to afterlife practices.

Yuan was led towards this subject by her own experiences; two years ago, she lost a loved one to cancer: “I experienced all the funeral processes, and before this he was in pain and went through a very hard period. My family is Taoist Buddhist, so I wanted to bring Taoist Buddhist culture into western funeral systems. I’d been thinking about doing that for a long time, but it never happened because it was really tough for me to face it, but now the time has come to think about it”.

Yuan’s reinterpretation of funeral rituals resulted in several objects that approach death as rebirth: “I want to create an atmosphere of getting ready for the afterlife. People don’t normally talk about that”. One of the tools she devised is a special ruler you can use to model the architectural scheme of your afterlife. Yuan has also built a pacifier-like object adorned with the shape of Christian angel wings, symbolising our reversion to a newborn state. The ‘pacifier’ holds your wishes for the next life or reincarnation on a bit of paper in a transparent tube, inspired by the Jewish tradition of the Mezuzah. Yew plays an important part as a working material in this project, due to its tradition as a cemetery tree and its cultural association with death and reapers, probably not unrelated to the fact that the plant itself is poisonous. But the yew is also a long-lived, slow-growing tree: “I want to use this material to build the idea of immortality”, Yuan says.

In developing her project, Yuan approached the process in reverse order, in a sense: she decided to make her prototypes first and use them for research at a later stage. “I will go out in the field, find people from different religions and give them the pacifier as a kind of cultural probe, for them to provide feedback and then raise other conversations about rituals.” Nonetheless, some conventional research was still undertaken: Yuan has interviewed several mourners in cemeteries and funeral directors, and gathered her research notes in an online workbook.

Other projects Yuan worked on while on the MAID course were similarly concerned with the human experience: ” In my internship during summer term I was on a project using soap as a cultural probe, which raised conversations about the sensitive topic of smell. When you wash your hands the smell of soap is like a therapeutic cultural probe to help you calm down. There is a lot of research that shows smell is the ‘key’ that opens the old drawers of your memory system. The same smell can trigger different memories in different people: for example, smelling French fries might make you think of childhood, but I would think about rubbish. I did all the work on this project in one month including research and testing. The experience helped me come back and rethink the process of making graduation work differently.”

Yuan studied new media art in her native Taiwan, and her previous work includes animation and photography, but she decided to switch disciplines from art to design, which brought her to the Interaction Design course at Goldsmiths. The individualism and isolation favoured by the art world factored into her decision: “You stay in your greenhouse, with your concept, waiting for people to understand you. I need conversation and interaction between people.” If you wish to talk to Yuan about her current design work, don’t miss the Interaction Design graduation show, opening December 1st. 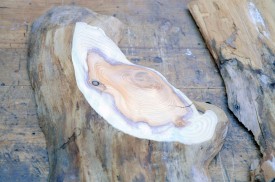 From the 1st to the 4th of December MA Interaction Design students will present their final work in the St James Hatcham Church Gallery. The projects will present propositions and speculative interventions into existing, emerging or possible ‘social’ settings and milieus that are in some way marked by technology, broadly conceived. Here, the students engage with and explore a wide range of concerns and interests ranging from punishment, death and misery, interventions into the UN buffer zone in Cyprus to the preservation of urban bees. The exhibition is a platform for students to document and present their unique approach to interaction design through practice-based research methods.

One thought on “MA-ID-02 preview: with Shih-Yuan Huang’s Transritual Tools for the Afterlife, death is only the beginning”