A team of third year BA Design students from Goldsmiths designed and made the trophies for the Beazley Designs of the Year award ceremony held on January 26th.

Archie Harding, Panagiotis Tzortzopoulos and Tom Morgan worked on the project with All Things Studio, where Panagiotis had previously completed a placement. Archie explains:

“We took on the project towards the end of November 2016 and completed the concrete and copper leaf trophies in mid-January. Our design for this year’s awards celebrated the architecture of the new [Design] Museum – the seven cast concrete and copper trophies combined to create a form inspired by the museum’s square plan and hyperbolic paraboloid roof.” 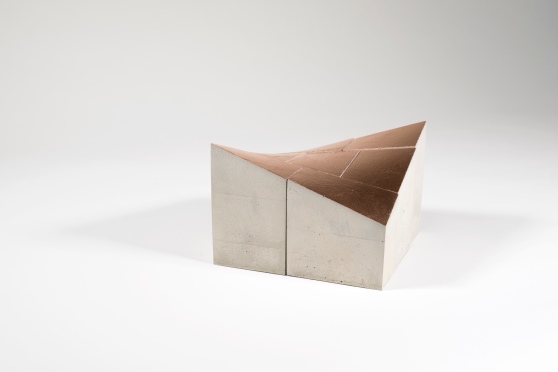 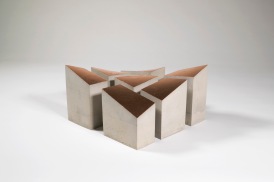 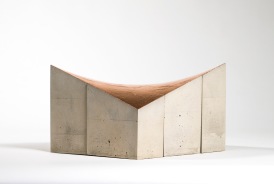 The overall winner of the Beazley Design of the Year award was the Better Shelter by the IKEA Foundation.

Archie, Panagiotis and Tom have also worked together on the trophies for the 2016 Goldsmiths Prize for fiction and the 2016 Orwell prize for political writing.