The Graduate Design Scheme is an opportunity for Goldsmiths Design graduates to return on campus and work on their own projects:  for a fee, they can use a studio space, the workshops, and book machinery. This year, the Design department awarded two bursary places on the scheme to 2018 graduates; one of the winners is Ash Baigent, who will use her time in the workshops to continue her work designing and making unique skateboards.

Ash has been skateboarding since she was ten, and is now part of an all girl skate crew called Nefarious, who she met three years ago. There are few skateboarding women in the media, and even fewer (if any) are manufacturing their own skateboard decks. In fact, as Ash explains, skaters in England usually use decks imported from China or the US, and the designs can often be offensive or degrading towards women. The Goldsmiths graduate is keen to work on both the gender equality and the sustainability aspect of her favourite activity: she wants to bring more women to skateboarding and to encourage them to design their own decks. She’s also interested in making the decks themselves cheaper and more environmentally friendly, by experimenting with local, British wood instead of the usual American maple.

Ash’s graduation project for this year’s BA Design show M-O-D was the result of a series of workshops she ran with other women skaters, both experienced and beginners, inviting them to design graphics and messages to the world, to decorate their own skateboard decks. The participants designed the decks and then learned how to skate with them; after the outcomes were exhibited at the Goldsmiths show, they were returned to their makers to be used.

When Ash first came to Goldsmiths through clearing, she wasn’t sure what path her design work would take; she had previously studied graphic design, and she only knew she wanted to continue her studies. The revelation that she could tailor her design career around her lifelong passion came during a workshop session in which students were working on building a table. As she saw the pieces of wood being laminated and bent, Ash realised she could use the same facilities to make skateboards, which require a similar making process.

Staff on the BA course were supportive of Ash’s interests; she even sold a skateboard she made to one of the workshop technicians for his son’s birthday. “When people come to a design university, they tend to think in terms of brand, business, logo, whereas this course is about what design actually means and what you care about”, Ash says. “It’s like a family, because the course has its own space that is quite small and contained, and everyone gets to know each other.” 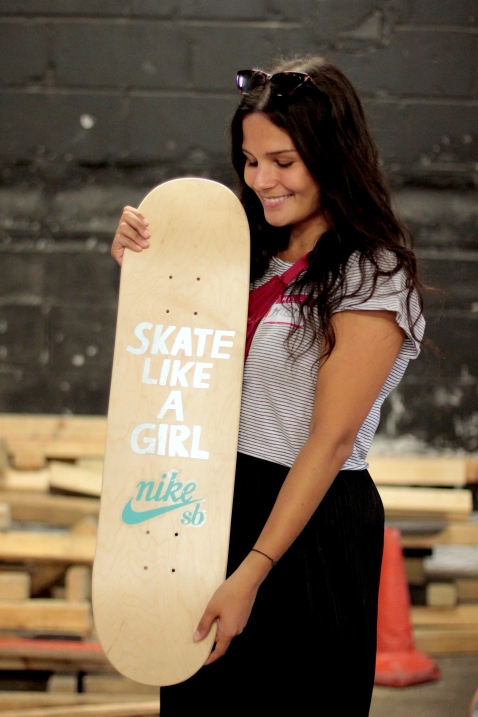 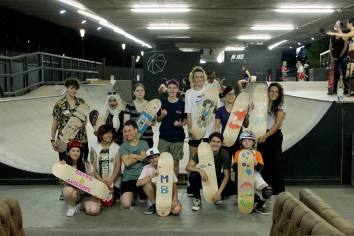 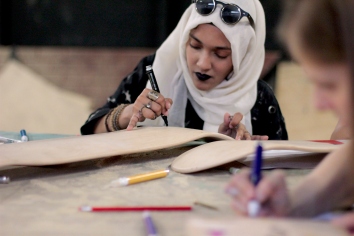 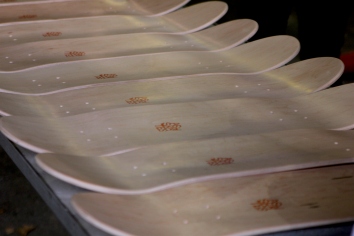 The skateboarding and design workshops with women have continued after Ash’s graduation project. Recently, her work caught the eye of Nike London, who are interested in promoting women in skateboarding as well as Ash as a Londoner who’s making waves in the scene. Nike financially supported Ash’s “Design Your Own Deck” workshop on the 3rd August at BaySixty6 Skatepark’s monthly Girls Night. “It was such a great event, all the girls who attended left smiling and encouraged to skate”, says Ash. (Photos of the event can be found on Instagram @nikelondon and @ashskates). There are plans for more workshops with Nike in autumn; Ash wants to make these open and friendly to all those who have been overlooked in skateboarding until now, starting with women but also including LGBTQ+ people.

Ash’s dream career is to go on working in and around skateboarding and design: she wants to sell the decks she makes herself, as well as teach people to make her own. Her year on the Graduate Design Scheme will be used to keep learning and trying out new things and new materials. What would she say to someone to convince them to get into skateboarding?

“You don’t need to be convinced”, Ash replies. “Come to a girls night or one of my workshops and you’ll fall in love with it!”